It’s summer time once again! It’s that time of the year where you take a short break from office work and escape the city life momentarily. To avoid the rush and overcrowded places we had our annual team building last June 24 to 25. The awesome team of PrimeOutsourcing held a two-day team building at Nora’s Beach Resort at Pundaquit, San Antonio, Zambales. Despite the long trip, employees were happy and enthusiastic once they witness the breathtaking view of the beach. 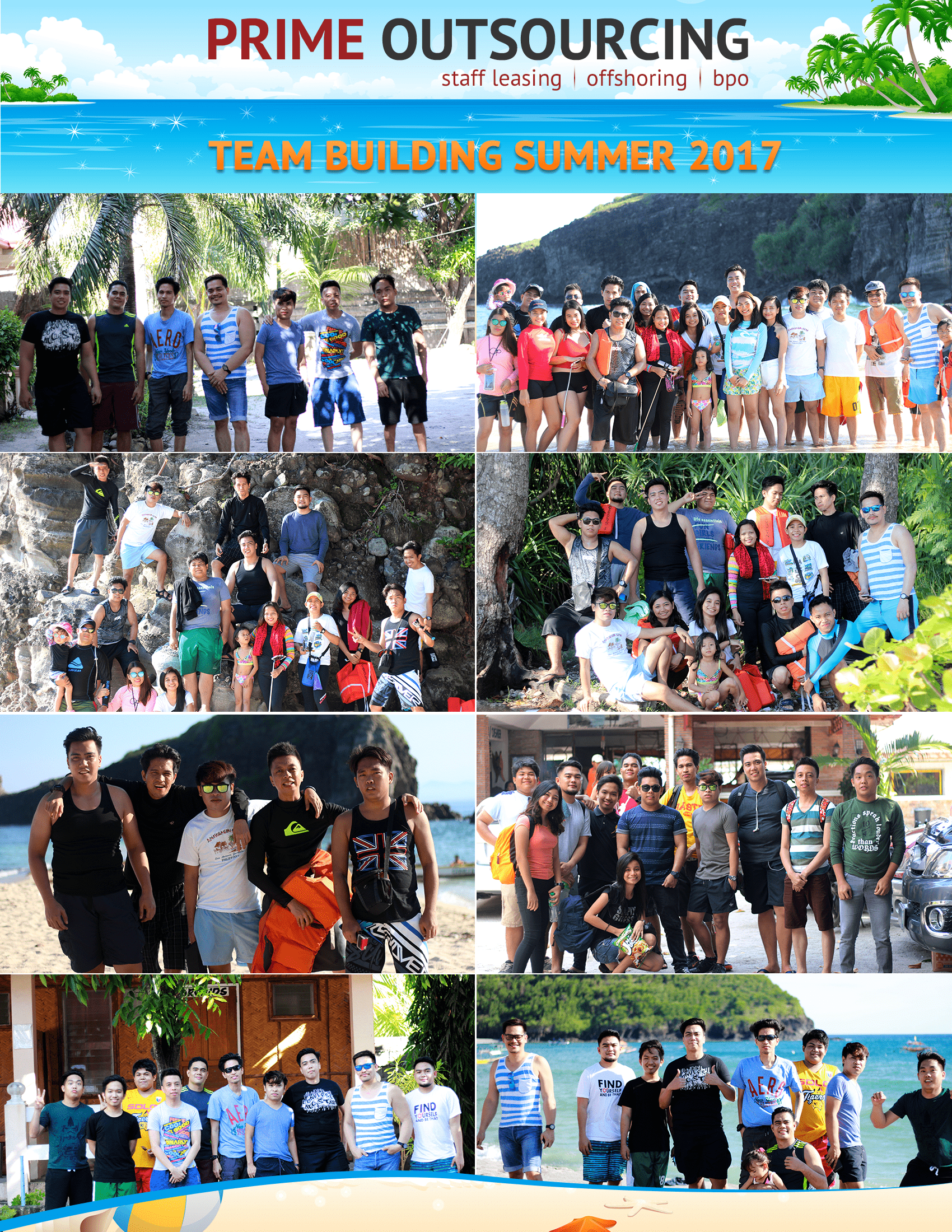 The sight of giant waves from the sea crashing to the shore was calming. Walking along the shoreline while witnessing the sunset was also something to be appreciated.

The variety of food they serve us was delectable and mouthwatering. The team had a feast as if they have not eaten in years. With our stomachs filled after a delicious meal, the team went to the beach for a swim. We swam against  huge waves splashing with white foamy suds.

As the sun greeted as at the start of a new day, we greeted a number of island during the island hopping. The activity occurred at Camara, Capones and Anawangin. The beauty of nature left my jaw on the floor, witnessing such magnificent views left me in awe. The sandbar of Camara island was something that I could not forget as the trip went on. The beige color sands of Capones island felt nice between my feet and my fingers and I had a gratifying time playing with it. Reaching the top of the island will give you 360 degree view of the place. The last stop was docked at mini Anawangin as per advise of the boatmen due to unsafe landing sites at Anawangin shores. This new beach was blessed with fine crystal like pebbles, the pine like trees were welcome sight.

This was just a two-day vacation but we all enjoyed the experience and we all made unforgettable memories. The long the trip to our destination was tiring but it was worth it. The two days that we spent together during this team building was short but the fun and memories that we’ve created will last for a lifetime.

About the Author: Joan Rivera